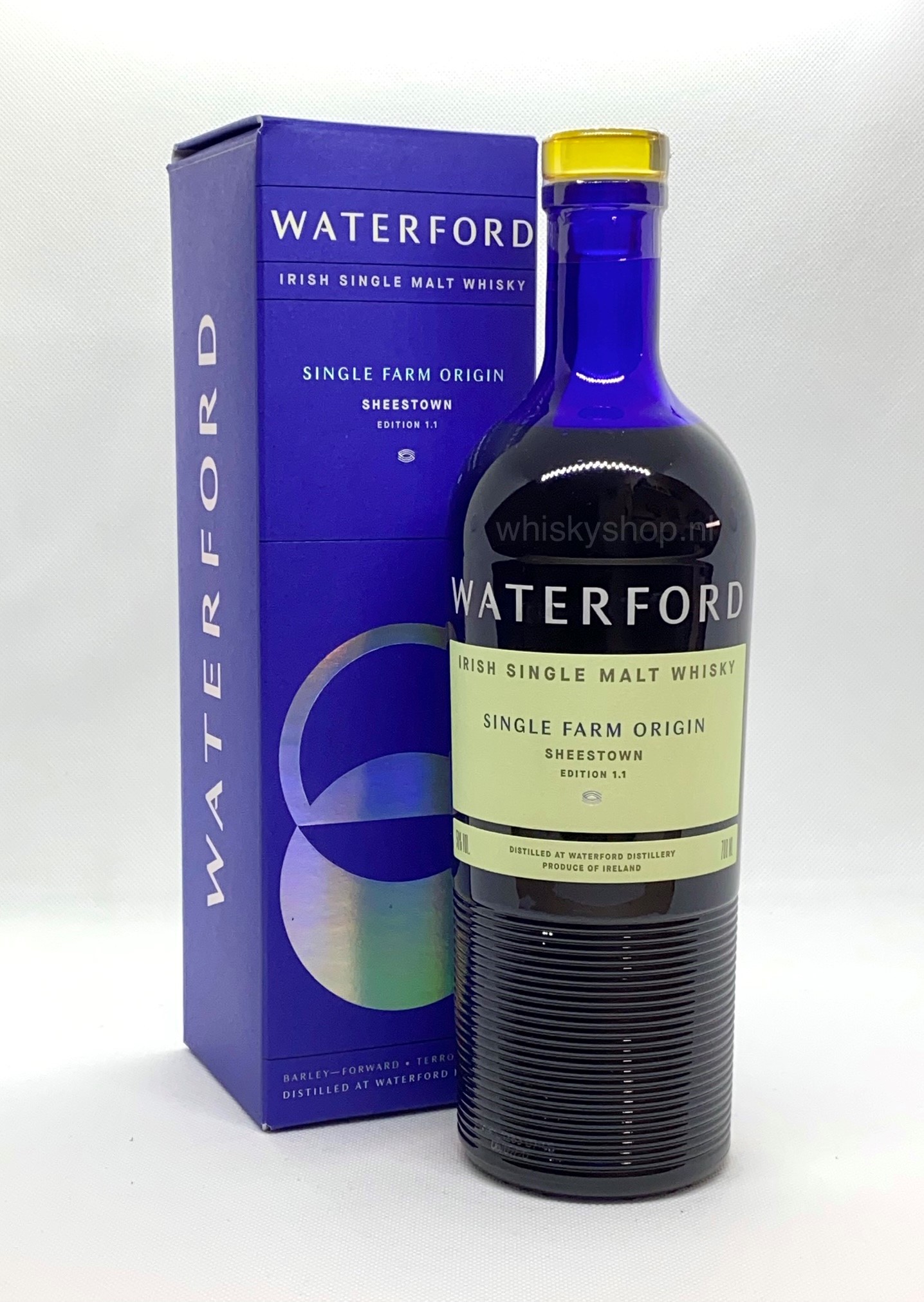 WATERFORD DISTILLERY IS A MAJOR NEW WHISKY PROJECT BY THE MAN BEHIND THE RENAISSANCE OF ISLAY’S BRUICHLADDICH SINGLE MALT WHISKY.
We’re embarking on a long journey, a voyage as ambitious as it’s pioneering. The destination is to create not just the most compelling Irish whisky, but the world’s most profound single malt.

WATERFORD
We chose Waterford, for here on the banks of the river Suir, on Ireland’s sunny south-eastern coast, we have an exceptional state-of-the-art facility originally built by Diageo in 2004 and converted to distilling in 2015. And we have the finest quality raw materials: the purest of spring water from renowned ancient wells; a team of passionate distillers that share the vision; and the very best barley in the world.

BARLEY
The provenance of our barley, where and how it is cultivated, is therefore key. Taking proven principles from Islay a giant step further, we have sourced an unprecedented 86 Irish farms, including organic and biodynamically run, growing barley on 19 distinct soil types. With a pioneering digital logistical system keeping track, each farmer’s crop is harvested, stored, malted and distilled separately. Thus we can capture in spirit each farm’s terroir, that subtle character shaped by micro-climate and soil. Individuality and integrity from field to barrel.

PROVENANCE
The goal of this precision, provenance with total traceability, is to provide us with an unparalleled library of maturing, nascent single malt whisky as each farm’s barley is distilled, one per week throughout the year.

WHISKY
The first whisky ran in January 2016. After maturing for several years in the best of French and American oak, we believe these component “single”, single malts, each one exhibiting its own nuances, will come together making the most profound single malt whisky ever created.

Perswijn
1927
Perswijn:
Vijgen en koffie, tabak, dadels, weelderig zoet, fijne zuren en elegantie
96
Wine Enthusiast
1927
98
Parker
1927
The Wine Advocate: 98 punten
The NV Pedro Ximénez Solera 1927 is non-vintage, but does have some 1927 material in it. This is totally dark brown/ amber with notes of figs, toffee, caramel syrup, molasses and coffee. It is dense, super sweet, intense, rich and an amazingly, unctuously textured, thick beverage to consume slowly and introspectively after a meal. Drink now through 2050, or even longer.